Lingua Madre by the Argentinian artist Lola Arias, is an “encyclopedia on reproduction in the 21st century”, written starting from the stories of a group of inhabitants of Bologna who reclaim to rethink the boundaries of the word “motherhood”.
Lingua Madre will take place in different countries of the world, with different communities, as an itinerant laboratory. Lingua Madre, Bologna edition, is the first performance of a series that will be carried out in Madrid, Berlin and other cities.

What does the word mother mean? Is it necessary to be a woman to be a mother? Is it necessary to be a mother to be a woman? Is being a mother a decision? Whose?
At a time when the future is at the center of the public debate, the performance Lingua Madre brings to the stage thoughts on motherhood not intended as a biographical or only private question but as a field of social and political struggle, which concerns the rights of all.
To create Lingua Madre in Bologna it took two years of research dedicated to the collection of testimonies, past and present laws, demographic statistics, oral sources. On stage there are no characters but eight inhabitants of Bologna – different in origin, age, profession, living conditions – who have been involved in a long process of artistic creation: an intensely emotional fresco that oscillates between the document and the song, between real events and a certain degree of fictional narration: it is the embodied idea of the theater “as a place of life, where the boundaries between reality and fiction intertwine and overlap ”- says Lola Arias.
The stage becomes a place to define strategies, discuss positions, write or destroy manifestos: it could be the waiting room of a clinic of the future, an assembly, a shamanic ritual or simply the space dedicated to a social meeting. Lingua Madre is a radical question on motherhood in contemporary society, a way to measure oneself with new paradigms, through the exchange of direct experiences, connected to the materiality of life.
Director’s note:
“Is motherhood a desire? Is procreation a job? What would happen if we went on a womb strike?
In 2021, the right to decide how and when becoming a mother is a right that is being questioned. In many countries, there is a struggle to legalize abortion, while in others where it is already legal, the law is being revoked. The discussions are polarized around the reduced birth rate, the possibilities given offered by procreation technologies, the legalization of surrogacy, the adoption by single people or homosexual couples. A real political battle that is triggered on the territory of procreation.
Lingua Madre is an encyclopedia on reproduction in the 21st century, written from the stories of migrant mothers, transsexual mothers, mothers who resorted to assisted fertilization, lesbian mothers, gay fathers, adolescent mothers, women who had an abortion, mothers who have adopted , women who do not want to have children and many other people who are wondering how to reinvent the word mother. In a hybrid space between the library and a wunderkammer, where documents, films and music are shared, the performers reconstruct the past and discuss the future. “ 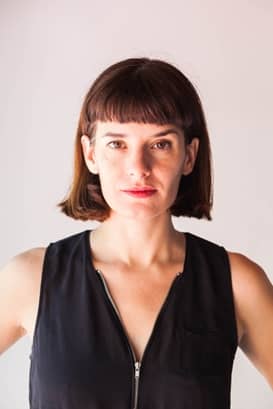 Lola Arias (Argentina, 1976) is a writer, theatre and film director, and performer. She collaborates with people from different backgrounds (war veterans, immigrant children, etc.) in theatre, literature, music, film, and art projects. Her productions play with the overlap between reality and fiction and have been shown at the most prestigious venues all around the globe, such as Lift Festival (London), Sterischer Herbst (Graz), Festival d’Avignon, Theater Spektakel (Zurich), and Under the Radar (New York).